This series will be re -posted the manuscript from HISA ANDO's serialization "Computer Architecture" (published on September 20, 2005) to the 72nd (published on March 31, 2007).Please check here for the latest ones after the 73rd.

The microsesa is made on a thin silicon disk called Wahiha.The size of this wafer is growing with the times, as the price of making a large number of chips at once with a large disk can lower the unit price, and the state -of -the -art semiconductor factory is 300 mm in diameter.

The area of the 300mm wafer is about 700 square cm, and 700 pieces of a square cm (10mm square) can be put on a tip (actually, 600-650 pieces as a complete chip because the surroundings are missing).All of these chips are good, but defective products can be created with fine garbage and variations in characteristics.The number of good chips made on the wafer is called a yield, and the ratio of all chips on the wafer is called a yield.

The ratio of the yield is unusual because it depends on factories, such as the proficiency of the semiconductor process, and the design of the processor tip.Also, as the size of the chip increases, the probability of defects increases, so the yield decreases even at the same factory and design level.ITRS uses the following formula as a model of the yield rate.

Here, YS is called a systematic yield, and in the case of microcessesa, ITRS is seen as 90%.A is the valid area of the chip, and the D0 is a defect that affects the electrical operation per unit area, and the AD0 is the number of defects that are average in one chip.α is called a cluster coefficient, a parameter that describes the effects that exist to some extent, not completely randomly distributed, and is 2 in ITRS..0 is used. 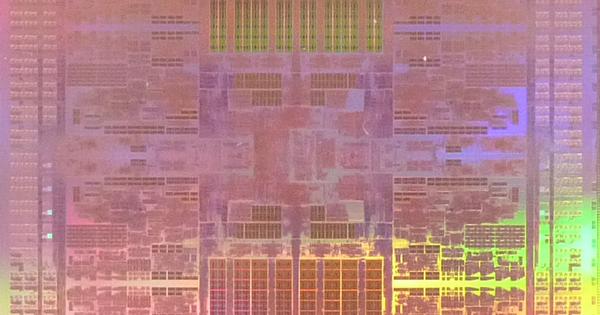 However, in a 400 -square mm chip like a server, d0 = 1.If you make it with a 0 process, it will be a 10%yield rate.In this way, in mass -produced processes, the yield rate seems to be between about 10%and 75%.There are rumors that huge server chips are close to 10%, and Intel's desktop processes are more than 70%.

The construction cost of the state -of -the -art semiconductor factory that uses 300mm wafer is said to be around 200 billion yen.If this is amortized in three years, the annual depreciation cost will be around 70 billion yen.Assuming that 20,000 copies of 300mm wafers can be manufactured at this factory, the depreciation cost per wafer will be about 290,000 yen.If you expect 100,000 yen per sheet for raw materials such as wafer, chemicals and gas, and factory operating expenses, the cost of Waha will be about 400,000 yen.In the case of large Japanese companies, the standard model is that the development expenses for the semiconductor process, the headquarters expenses, the operating expenses, etc. account for about 50%of the cost, the manufacturing cost is 40%, and the operating income is about 10%.(In reality, the selling price is decreasing and the equipment operating rate is decreasing, so it is in the red.) Considering this, one wafer is about 1 million yen.

However, the construction cost of the factory differs depending on the scale and what generation semiconductor technology is used, and as the depreciation of the factory progresses, the depreciation cost is reduced.Furthermore, as the number of wiring layers increases in the same factory, the processing time increases as the number of steps increases, and the production volume decreases inversely proportional.In addition, when producing large amounts of the same chip like Intel, the device setting is good, but when producing multiple types, replacing the mask or changing the device settings according to the variety.Production will decrease because it takes time.As described above, the price of wafer fluctuates due to various conditions, so the above estimation is a guide.

According to the 2005 4Q report from TSMC, Taiwan, the world's largest semiconductor foundation maker, about 1.5 million copies are manufactured in 2005 wafer, and sales are less than 300 billion yen, so on average.One wafer is about 200,000 yen.From this price, the area is converted to 450,000 yen for 300mm wafer.In addition, TSMC sales are 110/130 nm, which is a process of older generations, which accounts for about 80%of the sales, so this price is the price of the wafer with a good process of about 130 nm to 180 nm, and the cutting -edge process.In the case of a premium associated with high depreciation costs, it is thought that it will be added.

If this is a huge chip of 400 square mm, only about 150 pieces will be listed on one wafer, and if the yield drops to 10%, there will be 15 good products.If it becomes 15 good products with a 1 million yen wafer, the unit price of the chip is about 70,000 yen, the test takes time, and the package increases due to an increase in pins and the increase in power, so it is 80,000 yen to 100,000 yen.It will be the manufacturing cost of.

Since the manufacturing cost rate is about 50%, the high -end server processor sold for 200,000 yen may be 400 square mm for 80,000 yen, but 3500 low -end PC processors sold for 5000 yen.The cost of the yen is also high, and it is important to make the chips as small as possible, increase the number of on the wafer, and increase the yield on both design and manufacturing.

Prev Next
Tags: What is the average cost of desktop computer?